Beyond awareness: The medical system needs to deeply reform its care of people with autism – STAT 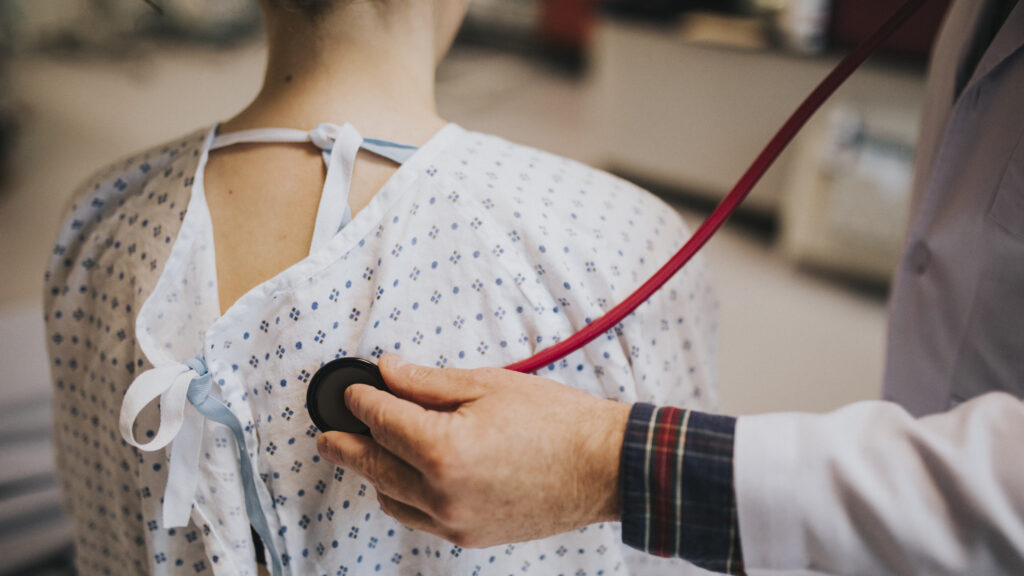 I walked into the hospital room of a patient I had been assigned that morning. Noah, an adorable boy with dark, coiled hair, had severe autism. His mom was sitting on the hospital bed with Noah sleeping soundly on her lap. He’d been admitted for only a few hours, but a lot had already happened.

During the morning handoff, I had learned that my colleague, who admitted Noah, had refused to give him oral sedation before placing an IV, which he needed for antibiotics, despite his mother’s insistence that needles frightened her son and that, because he could not verbally communicate, he would lash out. When the medical team tried to insert the IV, Noah became extremely upset, hitting several staff members. The team finally listened to his mother, gave him the oral sedation she had requested, and quietly and safely placed the IV.

Hours after this had happened, I could see still the pain still on his mother’s face — the pain of not being believed, the pain of seeing your loved one struggle unnecessarily, the pain of being misunderstood and unheard.

Squeezing her hand, I said “I heard what happened last night. I have a brother with severe autism. He would have needed sedation for an IV too. I get it, and I believe you.”

Labels can harm, but they also can help: See ‘profound autism’

Her eyes filled with tears and her shoulders relaxed. I saw my mother in her, who has to fight the same battles for my brother.

As a physician with a sibling who has severe autism, I can’t stop thinking about how the medical system is failing people with autism.

Last week, a sheriff’s deputy tackled an unarmed Black teenager with autism, for unknown reasons, while the 14-year-old boy was waiting in line at a Target store in upstate New York. His sister screamed that her brother had autism, but that did not stop the deputy from exercising undue force anyway.

This episode reminded me of the time my brother was thrown to the ground by a security officer despite his paraprofessional screaming, “He’s autistic! We are fine! I am trained to handle him!” My brother, who was in his mid-30s at the time, was handcuffed so roughly he had bruises for weeks. Three years later, recalling this episode still makes me angry.

These situations are not unique. Individuals with autism, especially Black people with autism, are more likely to be harmed by law enforcement. But as furious as I was about the violence my brother endured, I remember being relieved that he did not have to go to the hospital. The thought of my brother being a patient was, and still is, terrifying.

When I chose to become a doctor, I thought I would receive thorough training in dealing with patients with disabilities, autism spectrum disorder included. But I didn’t. When it comes to people with autism, it seems like health care providers are grasping at straws, unsure of what to do. I expected patients with autism to be treated with compassion, but have come to realize that compassion is the exception: fear and disdain are the norm.

When a patient with severe or profound autism is admitted to the hospital, I hear audible sighs and comments like: “This patient has autism and a low IQ…this is going to be a lot of work.”

There is a dearth of clinical knowledge and lack of formal training about how to care for people with autism. Those who are admitted to the hospital are more likely to be physically restrained because health care providers are usually not trained in alternative behavioral techniques tailored to autism. More than 200 clinical trials underway focus on autism, and the information gleaned from autism research studies on a wide range of topics, from identification to risk factors to characteristics, is quickly growing. But this knowledge does not seem to translate to better clinical care, especially in hospital settings.

What is known has some concerning gaps. The majority of research funding, 98%, goes towards children with autism, leaving adults with autism behind. And when it comes to people with severe autism, like my brother, they are underrepresented in research studies, even though 1 in 3 individuals with autism have severe forms of the disorder and may be unable to verbally communicate. Add in that autism research focuses on predominantly white people, and Black people, like my brother, and other minoritized groups are even more underrepresented.

So it is no surprise that as children with autism age into adults, they are left behind when it comes to health care, too. Adults with autism are twice as likely as their peers to have diabetes and hypertension and they are less likely to receive routine health care, like vaccinations.

My brother experienced that firsthand.

When the Covid-19 pandemic hit, my brother could not get the Covid-19 vaccine, even though my family and I desperately wanted him to. His primary care physician made no effort to help my brother coordinate a Covid-19 vaccine, even though individuals with autism are more likely to have severe health outcomes when contracting this infection. Vaccination clinics turned my brother away because he needed oral sedation to tolerate an intramuscular injection. I reached out to physician colleagues living near my brother. No one could help me.

It wasn’t until TIME magazine published my essay calling out ableism in the medical system that things started to change. Within days, my brother was vaccinated.

Medicine needs to do right by patients prescribed opioids

But I keep thinking: What about the other people with severe autism, or other severe disabilities, out there? How many of them remain unvaccinated because the medical system has failed them?

When it comes to people with autism, I want more than awareness or acceptance — those sentiments are fine, but they won’t keep people with autism from dying prematurely or receiving inequitable care in the medical system. I want justice. I want better training of medical professionals, like myself, so we can compassionately manage individuals with autism and provide them with equitable care. I want patients with autism to stop being physically restrained because health care providers don’t have better behavioral interventions. I want funding invested in initiatives to help adults with autism and their caretakers. I want research funding centered on non-white adults and children with autism led by non-white researchers belonging to the racially minoritized groups being studied. I want law enforcement to receive more education and accountability, so that they stop exercising unnecessary force against individuals with autism. I want love, empathy, and support for everyone with autism, even those with severe forms, like my brother and Noah.

I know that’s a lot of “I wants.” But for a community as large and as neglected as people with autism, these should be just the beginning.

Amanda Joy Calhoun is an adult/child psychiatry resident at Yale School of Medicine’s Child Study Center and a Public Voices Fellow of the OpEd Project.