Churches Are Forgiving Medical Debt for Pennies. Yours Can Too – Sojourners 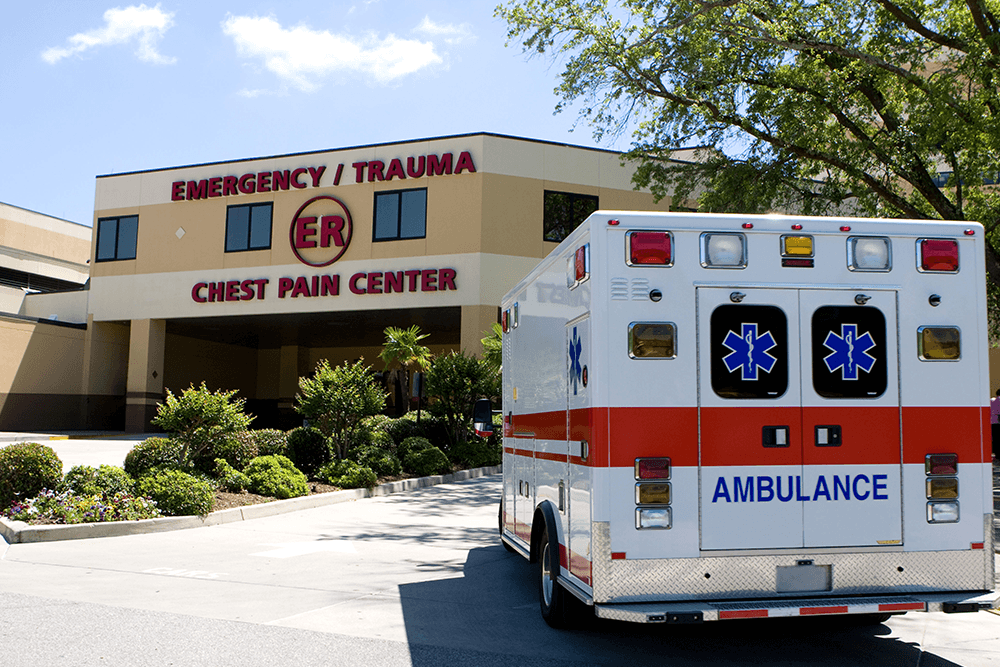 At First Presbyterian Church, in Durham, N.C., forgiving medical debt is about more than helping those in need, or even living out the grace and forgiveness of the gospel.

It’s about paying back a different kind of debt — one deeply rooted in the history of their region, and the nation.

“One of the things we’ve been talking about for years is reparations,” said Rev. Mindy Douglas, pastor and head of staff at the 575-member downtown congregation.

First Presbyterian, a congregation in the Presbyterian Church (USA) denomination, is one of many across the country raising money through the nonprofit RIP Medical Debt to buy and forgive medical debts owed by people who can’t afford to pay them back. The church hopes to raise $50,000 as one of two mission components to its capital campaign — enough to forgive $5 million in medical debt. Douglas told Sojourners they should be able to forgive the $5 million by year’s end. The church is also talking to other PC (USA) churches in North Carolina about a plan to forgive up to $300 million more across the state.

First Presbyterian, in Durham, N.C., is planning to forgive $5 million of medical debt by the year’s end.

For now, though, First Presbyterian is focused on forgiving debt from a group of counties in North Carolina with large Black and Native American populations as part of a plan put together by the congregation’s Racial Equity Task Force.

Sharon Hirsch sits on the task force and just finished a three-year term as a church elder. She’s seen first-hand what medical debt can do to families in her day job as president and CEO of Prevent Child Abuse North Carolina, a statewide nonprofit focused on preventing child abuse and neglect.

“You realize what a big burden medical debt is on families’ finances,” she said. “It really impedes families’ ability to build assets, which are so critical to changing intergenerational poverty.”

The burden of debt

Almost one in 10 American adults owes at least $250 in medical debt, according to a report released by the nonprofit, nonpartisan Kaiser Family Foundation last year. Of those, 11 million owed more than $2,000 and 3 million owed more than $10,000, the report found. And that burden fell most heavily on communities of color, the disabled, and those without health insurance.

For millions of Americans, medical debt is a terror. But for a small set of others, it’s a commodity.

Health care providers often sell debt they can’t collect in huge bundles on the secondary market. Investors know most of that debt isn’t collectible, and they’ll have to spend some money to collect what they can. So they buy it for pennies on the dollar hoping that they make a return.

That’s where RIP Medical Debt comes in. Founded in 2014 by former debt collection executives Craig Antico and Jerry Ashton, the nonprofit buys medical debt either directly from hospitals or from secondary brokers. Because RIP Medical Debt is buying debt the same way investors do, it gets the same steep discounts. That means it can forgive about $100 for every $1 it spends.

“In order for this to be profitable, they have to price that portfolio at a dirt cheap price, so that it’s worth it for them to be able to recover some of their investment,” said Allison Sesso, RIP Medical Debt’s president and CEO. “That’s what we’re taking advantage of.”

Right now, RIP Medical Debt is especially focused on recruiting communities of faith to a national campaign called A Nation That Cares that seeks to raise $5 million from faith communities across the country to forgive about $500 million in medical debt.

Some churches, like First Presbyterian in Durham, run their own campaigns with a specific fundraising goal or focused on a particular geographic area. But Sesso said RIP Medical Debt encourages churches to be flexible about where the debt they’re forgiving comes from.

Once a church signs on, RIP Medical Debt sets up a page for the campaign on its website and handles all the bookkeeping. The church just has to get the word out. And once the debts are forgiven, RIP Medical Debt sends out letters to the people who owed it letting them know the good news.

Because there’s no application people have to fill out to have their debt forgiven, they often don’t even know it will be forgiven until they get a letter in the mail.

“The sense that they’ve been given some grace is incredible,” Sesso said of the responses RIP Medical Debt gets from the people whose debts it wipes out.

Sesso said the idea of a free gift resonates with churches especially. RIP Medical Debt has forgiven about $7 billion in medical debt, she said. Of that, about $1 billion came through churches.

Ilsup Ahn, author of Just Debt: Theology, Ethics and Neoliberalism, said giving and receiving gifts is at the heart of who we are as people, and as people of God.

In Ahn’s account, gift giving was crucial to the very beginnings of human civilization. Through giving and receiving, people built connections of trust and reciprocity. Someone who accepted a gift was a friend or neighbor; someone who refused was a potential threat. But accepting a gift also created an obligation to give one in the future — a debt of reciprocity.

That made debt a moral issue, Ahn told Sojourners. Then came what he calls “neoliberalism,” which moved debt from the public realm of morality to the private realm of contracts.

“Neoliberalism wiped out the rich and thick human background and turned everything into a number,” said Ahn, who teaches philosophy at North Park University, a Christian university in Chicago.

The task for churches, Ahn said, is to help move society from that amoral vision to a moral one. Empowered with the gifts of God, they have an opportunity to give gifts to others.

“That ultimately turns human society into a kingdom of gift-giving,” he said.

There’s a long history of Christian teaching on debt, from Jesus’ instruction in Matthew 5:42 to “not refuse anyone who wants to borrow” to the Church Fathers inveighing against usury. There are even stories about saints like St. Nicholas and St. Edwiges paying people’s debts.

Churches interested in paying off debts in their community can start by signing up on RIP Medical Debt’s website. Churches that spoke with Sojourners said that after an initial conversation with the organization, the process is fairly quick and straightforward, with RIP Medical Debt handling the administrative and bookkeeping work. (That administrative support, along with its due diligence to make sure that debt relief is going to people in need, are why RIP Medical debt doesn’t suggest churches try to buy and forgive debt on their own.)

Some churches’ RIP Medical Debt campaigns draw on the biblical concept of a Jubilee year from Leviticus 25, where God commands all debts be forgiven every 50 years.

But First Presbyterian in Durham is drawing on the beloved community, a vision of a just society that originated with the philosopher Josiah Royce before being taken up and expanded by Rev. Martin Luther King Jr.

The beloved community did not divide people into deserving and undeserving, King said. Rather, it was based on “loving others for their sakes.”

That same sense of love is at the heart of the gospel, according to Hirsch. And it’s why First Presbyterian has taken on an RIP Medical Debt campaign.

“To love our neighbors,” she said. “That’s so core to what the biblical message is. And this is such a tangible way to put our prayers into action.”