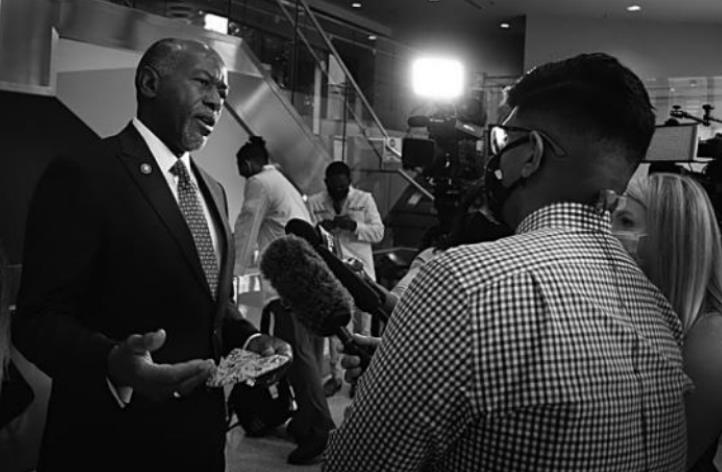 A new initiative aimed at increasing the number of Black Americans registered as organ donors and combating disparities among transplant recipients was announced Thursday by a coalition that includes the four medical schools at the nation’s historically Black colleges and universities.

The collaboration follows a National Academies of Sciences, Engineering and Medicine report, “Realizing the Promise of Equity in the Organ Transplantation System,” that found significant disparities in the nation’s organ transplant system. It was released earlier this year and commissioned by Congress, which wanted to examine equity within the donor organ procurement, allocation and distribution system.

The initiative — which was created by the Consortium of HBCU Medical Schools, the Organ Donation Advocacy Group and Association of Organ Procurement Organizations — plans to create new opportunities for Black medical and nursing students to shadow organ procurement organizations and transplant centers and collaborate with partner HBCUs that offer programs in nursing, public health, public policy and health care administration. The initiative announcement was shared with The Associated Press first.

The HBCU consortium behind the initiative includes the Charles R. Drew University of Medicine and Sciences in Los Angeles, Howard University College of Medicine in Washington, Meharry Medical College in Nashville, Tennessee, and the Morehouse School of Medicine in Atlanta.

The initiative will have health professionals speaking to K-12 students in Black communities about the field and career pathways. It will also focus on community education, including creating accessible materials about transplantation for dialysis patients and hosting health fairs and blood drives.

Concerns about equitable access to organ transplants have existed for decades in America. But attention has increased in recent years after the global COVID-19 pandemic exacted a disparate toll among Black Americans and laid bare the nation’s long-standing racial health inequities caused by structural racism, unequal access to care and bias within the nation’s medical system.

“At the heart of all this is the profound disparity in transplants that are given and performed on African Americans versus whites in our country, and it’s a long-standing problem and issue,” said Dr. James E.K. Hildreth, president and CEO of Meharry Medical College, in an interview with The Associated Press.

“And some of this messaging has to come from trusted organizations, which is another one of the reasons that we believe that the four Black medical schools have a very important role to play that quite honestly could not be filled by any other organizations in the country,” Hildreth said.

HBCU medical schools have historically served as a necessary pipeline for Black doctors and other medical professionals. Hildreth said the initiative will increase those numbers. The HBCU Medical School Collaborative was formed in 2020 to address health equity amid the pandemic. But Hildreth said the schools have a legacy of working together, often on disparity areas that the medicine and health systems historically have ignored.

But the HBCU collaboration has since grown and they have identified kidney transplants and donations as an area of concern because Black nephrologists — doctors who diagnose and treat acute and chronic kidney problems — account for less than 7% of the industry and only 5.5% of transplant surgeons are Black.

About 80% of Meharry graduates go on to work in underserved communities, Hildreth said, and 85% are Black. The vast majority of them come from households with lower incomes than a typical white medical student would have.

“Minorities and people of color have been consistently underrepresented throughout medicine, and the field of organ and tissue donation and transplantation is no exception,” said Dr. Clive Callender, a transplant surgeon and medical professor at Howard University College of Medicine, who is seen as a trailblazer for organ donation equity. “This collaboration will allow us to save thousands of lives across the country by strengthening relationships between health care workers, Black and minority patients, and organ and transplantation professionals.”

According to the Department of Health and Human Services’ Office of Minority Health, Black Americans make up the largest group among people of color in the United States who are in need of organ transplants. Black Americans are almost four times as likely as white Americans to develop kidney failure, according to the National Institute of Diabetes and Digestive and Kidney Diseases.

And while Black Americans make up about 13% of the U.S. population, they account for 35% of people with kidney failure, which accounts for the majority of transplants. The National Academies of Sciences, Engineering and Medicine — or NASEM — report set a benchmark to increase organ transplants to 50,000 annually by 2026; 41,354 transplants were performed in 2021, an increase of 5.9% over 2020.

However, while 28.5% of the total candidates currently waiting for transplants are Black Americans, they only comprised 12.9% of organ donors in 2020. The total number of white Americans on organ transplant waiting lists is about 1.4 times greater than that of Black people, but the number of candidates waiting for a kidney transplant is almost the same between the two groups.

“By the time they get on the list, there’s a great deal of urgency. And because of the long waits, many of them, of course, don’t make it to get a transplant,” Hildreth said of Black candidates.