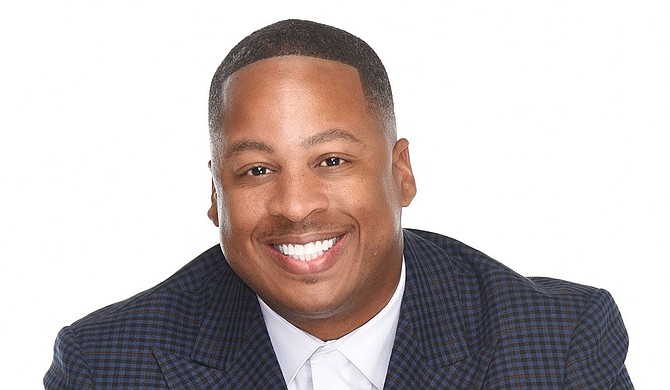 Nine hundred and fifty-five people across Mississippi have benefitted from medical-debt cancellation through the effort of Jackson-based The Word Center Church, Lead Pastor Roderick Richardson told the Jackson Free Press in a phone interview on Thursday, Nov. 11.

The 11-year-old church located at 5305 Executive Place collaborated with New York-based nonprofit RIP Medical Debt for the initiative, the church initially announced in a Nov. 7 press release. It has received thank-you letters from some of the beneficiaries after RIP Medical Debt sent letters informing them of their good fortune.

“We wanted this type of help to be long-lasting,” Richardson said Thursday. “If we gave somebody some water, I mean, once they drink the water, that will be it. We wanted to help free somebody’s burden through a lifetime. And so that’s exactly what we did.”

Richardson said the church worked with RIP Medical Debt for four months toward that goal, with people from 70 out of the 82 Mississippi counties receiving help of up to $11,000 individually. Hinds County has the most beneficiaries, with 256 benefiting families and $476,916.24 in debt forgiveness.

$7 Million in Medical Debt in Mississippi

RIP Medical Debt said on its website that it facilitated debt forgiveness of more than $5 billion across the United States, with upwards of 3 million individuals and families benefiting. “(Our) sole purpose is to locate, purchase, and then abolish unpaid and unpayable medical debt as a benefit to society as well as the recipient,” the organization’s website stated.

The nonprofit purchases bundled medical debts from a debt collector or a buyer who purchased them from a hospital or a doctor, RIP Medical Debt Media Contact Daniel Lempert told the Jackson Free Press in a phone interview Thursday.

“And when medical debt gets bought and sold like this, the face value becomes cheaper and cheaper because it’s less easy to collect on,” Lembert said.

“And that’s all to say that typically, on average, when we work with the campaign partner, every dollar that they give us equals a hundred dollars of medical debt forgiven,” he added. “So we’re able to sort of maximize the donations we received from our partners.”

Lembert noted that there is still $7 million of medical debts in its purview in Mississippi, with the number changing because of different reasons. “That number is always changing based on campaigns we’re running and new debt that becomes available to us,” he stated.

“The work we do is basically a function of how much medical debt is available to us in each state,” he said in the interview. “So we can only abolish the debt that we’re able to purchase or those that are donated to us.”

“So it’s really a question of which hospitals, which debt collectors are willing to sell their debt instead of just holding onto it.”

“As an advocate for social and educational empowerment, The Word Center is committed to impacting the City of Jackson through community service, economic development, and social reform,” the church said in the Nov. 7 press release.

During the interview with the Jackson Free Press, Richardson listed some of the outreach efforts the church has made over the years.

It started by donating jerseys to the Callaway High School football team; giving “tens of thousands” of dollars in school supplies to the school and laptops to “high-achieving students”; and supplying tons of water during Jackson’s water crisis.

“We’ve done homeless projects by passing our blankets and care kits during cold weather seasons; we fed our law enforcement and other first responders,” Richardson said. “We’ve also rented out food trucks and fed our primary-care providers, our doctors, our nurses during COVID because they were under stress.”

“We try to find ways in which we can be a blessing and help other people in the community,” he added. “So we’ve done that over the last 11 years, spending millions of dollars just on this community.”