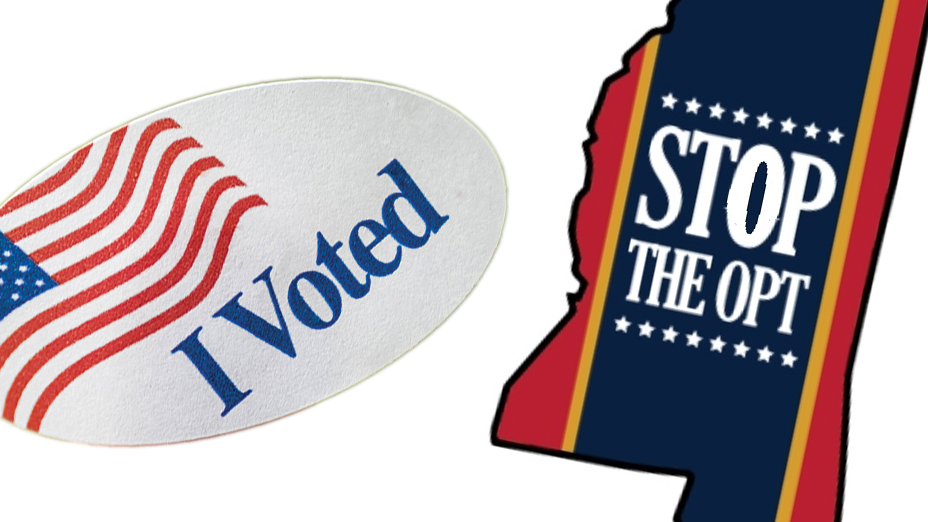 In a special election Tuesday, Lincoln County voters opted the county back in to the Mississippi Medical Cannabis Act — by only 184 votes.

The Board of Supervisors had opted out of the Act, to prevent the cultivation, processing, sale and/or distribution of medical cannabis within the county, not including the municipality of Brookhaven. This week’s vote reverses that decision.

Of the county’s 21,140 eligible voters, 2,593 cast ballots — 12.2 percent. In addition to the two mail-out votes that had not yet been received (but will not affect the results), 98 people voted absentee and 13 by affidavit. The rest visited the polls Tuesday to make their voices heard.

It was a narrow margin, but a margin of victory nonetheless for those who wanted the option to either work in the industry or benefit otherwise from it.

After the supervisors opted out, a group called “Stop the Opt” began the process of petition to gather 1,500 voter signatures in the county to force a special election on the issue. When the list was submitted to and certified by the office of Circuit Clerk Dustin Bairfield, the county was required to set a date for a special election to be conducted within 60 days.

Jason McDonald, one of the organizers of Stop the Opt, said he is happy with the result and that the people came out.

“This further proves what I had said at the (supervisors’ meeting) — ‘No army on earth can stop an idea whose time has come,’” McDonald said, quoting Victor Hugo. “Everything new is going to be scary for some folks. I’m sorry we couldn’t get the education out to everybody.”

“I said three things that day: we were going to get it on the ballot; we were going to pass it; and then really look at the supervisors’ races and try to slate candidates that are more in line with some policies that are reflective of the community,” McDonald said.

McDonald said he and other Stop the Opt workers had talked to thousands of people in the community and it was fairly clear that the majority of individuals were supportive of the issue, or at least not against it. The vote Tuesday was “closer than public sentiment,” he said.

“I actually thought 3,500 people were coming out, and I had said there would be a 100-point difference. I was off about a hundred on that,” he said. “We knew that people who were just kind of neutral, or slightly one way or the other, weren’t getting out to vote. You had to be either really for it or really against it to get out and vote.”

But the result was not up to chance, McDonald said. The group advertised heavily in some areas and spent a lot of money to try to get voters aware of the issue and the election, he said. In the end, it went in their favor.

“We’re pleased today that there is a law that is consistent across the county,” McDonald said, “and that patients can get access and we can all move forward with our lives.”