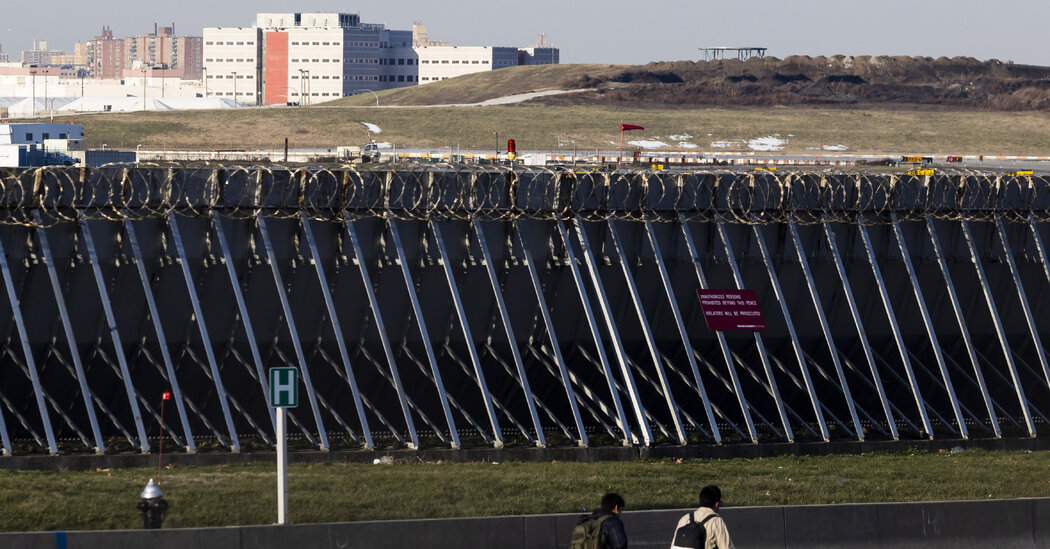 Brooke Menschel, a lawyer with Brooklyn Defender Services, said that the organizations had received hundreds of reports over the last several years from people who the Department of Correction said had refused medical care, but who said they were not, in fact, offered care by the department.

“We’ve got people who’ve been asking to go to the clinic for months, begging for care,” Ms. Menschel said. “And then all of a sudden, D.O.C. is saying they’re refusing. Logically speaking, that doesn’t really make sense.”

Data published by the department shows that over the last six months, detainees have refused medical care an average of 6,400 times each month. But people with experience providing medical services for detainees say that while refusals do happen, the department’s numbers are almost certainly misleading.

Dr. Rachael Bedard, the former director of Geriatrics and Complex Care Services for the jail system, said that some portion of the refusals were most likely miscategorized by correction officers, who are responsible both for escorting detainees to appointments and for noting reasons appointments are not made.

“The officers are going to put refusal a lot when refusal didn’t happen,” she said.

There are two ways for detainees in city jails to receive medical care: They can ask a correction officer to escort them to a clinic, or call a hotline to Correctional Health Services. According to court documents, the lack of correction officers has compelled detainees to use the phones. But access to the phones is often obstructed, both by gangs, who sometimes demand forms of payment before providing access, and by correction officers, who deny detainees needing medical care access as a form of punishment, according to an affidavit from Brooklyn Defender Services.

Benny Boscio, the president of the Correction Officers Benevolent Association, said that it was “categorically false” that officers were denying detainees access to medical care.

“We will not allow anyone to scapegoat our members as part of a frivolous lawsuit or in any other forum,” his statement said.