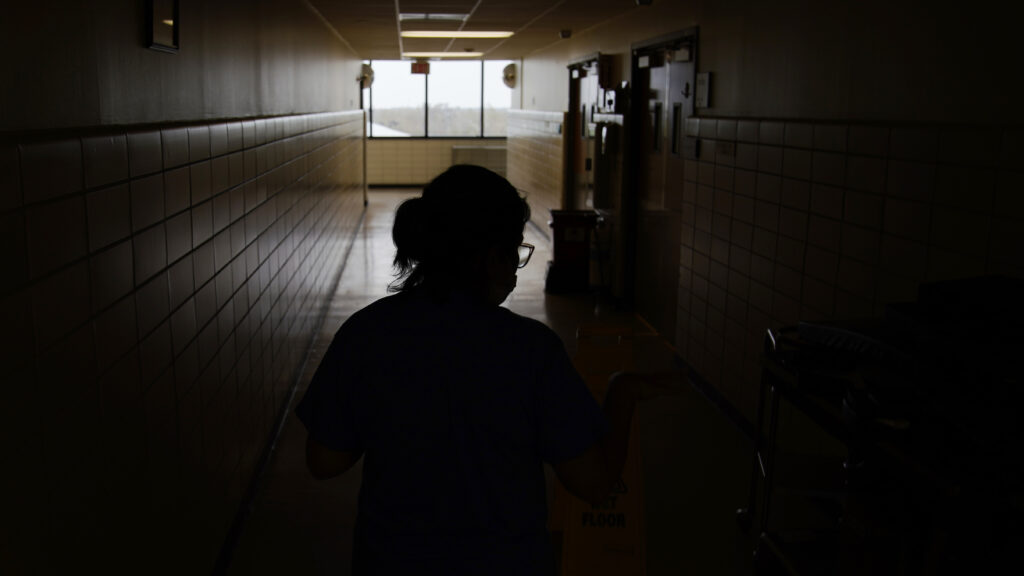 Covid-19 turned hospitals into battlefields. Wards burst at the seams, caregivers died in the thousands, staff burnout and compassion fatigue spiked as clinicians cared for critically ill patients — many of whom had declined vaccination.

To one of us (A.D.), who has worked as a physician during the AIDS epidemic, in Nicaraguan war zones, at Ground Zero on 9/11, and during Hurricane Maria in Puerto Rico, Covid-19 has pulsed more fear than those scenarios combined.

Dire as it has been, the pandemic brought an unexpected paradigm shift: States, including New York, where we work, suspended malpractice liability. Doctors could say aloud, “I think this treatment hurt my patient” without shame or fear.

Many early Covid treatment protocols were useless or even harmful: immediate intubation, hydroxychloroquine, azithromycin, not giving patients aerosolized oxygen, and more. Doctors and nurses shared everything, learned fast on the fly from each other and from their mistakes, and saved lives.

As the country digs out from Covid-19, a more deeply rooted epidemic still kills more than 100,000 people a year and ravages health care workers: medical error.

In 1999, the Institute of Medicine published “To Err is Human.” This landmark report estimated that 100,000 Americans die of medical error every year. The authors called for a 50% reduction within five years. Twenty-three years later — after billions of dollars spent on quality improvement and mountains of analyses filed — we are not even close. Coverys, a large malpractice insurance carrier, released its analysis of 11,907 medical malpractice cases from 2010 to 2019, and concluded that over the past 10 years, “we continue to see high numbers of claims in largely the same areas.” Which is a polite way of saying: health care providers keep making the same mistakes.

Despite much recent advocacy for physician well-being and “just culture” (chalking up many errors to systems rather than to individual providers), what has not changed in New York State since 1999 is that the day a doctor commits an error that may have hurt a patient, when you are desperate to process, to understand, to make amends, you are immediately warned to stay silent. Imagine a death in the family with no outlet for grieving.

Since we all practice in New York State, we are writing here about its culture of silence. But similar environments exist in Florida, California, and other states.

In New York State, anything a doctor says or writes — to colleagues, friends, partners, or even relatives — can be used in court against them.

New York State Education Law 6527 requires hospitals and health care facilities to form peer and quality review committees to investigate possible errors and patient harm. The law protects those discussions from later legal discovery, but then goes on to explicitly carve out an exception: “The prohibition relating to discovery of testimony shall not apply to the statements made by any person in attendance at such a meeting who is a party to an action.”

In other words, a hospital committee can discuss a possible error but no one involved in the case can speak — or even be present — because anything they say can be used against them at cross-examination in a future trial. The Catch-22 is obvious: doctors must prevent mistakes but they will be punished for honestly analyzing them. Driving home this code of omertà, medical malpractice plaintiff attorneys in New York State invariably open depositions with this question: “Have you discussed this case with anyone in any setting ever?”

To truthfully answer no, the defendant doctor must keep mum for years.

This legal tripwire hurts everyone: people who may have been harmed by a medical error or their family members get no useful information. Doctors do not learn from each other’s mistakes, or even their near misses, since it is hard to predict what might spark a lawsuit. Casualties include future patients and self-censored doctors who succumb to anxiety, depression, and — at twice the national average — suicide.

A recent “Clinician of the Future” report by Elsevier Health revealed that 31% of health workers were going to “leave their current role within the next two to three years.” Yet the criminalization of medical error, which contributes to this diaspora, proceeds apace.

In December 2021, a New York court ruled in Siegel v. Snyder that because several treating physicians were present at a “protected” case discussion and had not been consistently identified in the minutes, the entire discussion was open to legal discovery by the plaintiff’s attorneys.

During residency, one of us (C.L.) cared for a young patient who had overdosed on a potent cardiac medication. Correct protocols were followed, but just when the patient seemed to have stabilized, she collapsed. Hours of resuscitation attempts failed. This is what it felt like:

“I was devastated. I barely made it to morning rounds. After the shock of the patient’s death another tidal wave of anxiety and sadness came with having to discuss the case with risk management, fearing that not only would I lose my license, but would be sued for malpractice and lose my income. Later I presented this case in a mortality and morbidity conference — a hallowed learning exercise that has persisted despite the theoretical risk of future legal discovery. I was nervous to do so, but preparing for the presentation and discussing the case with my peers was cathartic. It helped me emotionally process the case and function again as a doctor. For 150 years, M&M conferences have been considered safe and sacred places where colleagues can engage in dialogue about challenging cases. Excluding me from that discussion and peer support would have exacerbated what was already one of the worst experiences of my life. And deprived my colleagues of crucial insights into the pitfalls of managing such an overdose.”

With Siegel v. Snyder, the New York legal system has sent a clear warning: All case discussions, including pure learning exercises like mortality and morbidity conferences, are now fair game.

How to fix this? The solution is as close as your local airport. The airline industry long ago stopped self-blinding. In 1975, the Aviation Safety Reporting System was created. It is non-punitive, protects self-reporting, and rapidly disseminates information about hazardous conditions and lessons learned. The result? An airline passenger death rate in the U.S. near zero.

Studies of medical error often attribute mistakes to abstractions like “communication failure” or “cognitive bias.” What medical providers — like all field scientists — need are concrete, detailed descriptions of the scenarios they will encounter. Teach a birdwatcher only five types of cardinal, and it is not “cognitive bias” when she misidentifies a sixth. Medical diagnosis is about being alert to nuance, to atypical cases, to odd combinations of individual factors. It is about telling each other stories in vivid detail — especially the variant we missed.

Patients are getting older, and are more likely to have complex conditions. They are kept alive by cutting-edge treatments like organ transplants, immune modulation, and gene therapy. Every disease comes in dozens of guises. The only way doctors can keep up is to share what we miss, to pinpoint how the real world diverges from theory.

Explorers in a rapidly shifting landscape, physicians and other health care workers must be allowed to report freely what they see. Twenty-three years since “To Err is Human,” medical error still kills tens of thousands of people a year.

The tragic irony of legally imposed silence is that too often after medical mistakes, patients and families hear nothing from their doctors or hospitals. They feel abandoned and humiliated by what they perceive as a callous medical system. Gag laws must go.

As physicians who swore the Hippocratic Oath to “Above all, do no harm,” yet have still made mistakes that have harmed patients, we and our colleagues can passionately attest that the exact opposite is true. We are devastated. We want to atone, to apologize, to grieve with our patients and their families. But we cannot.