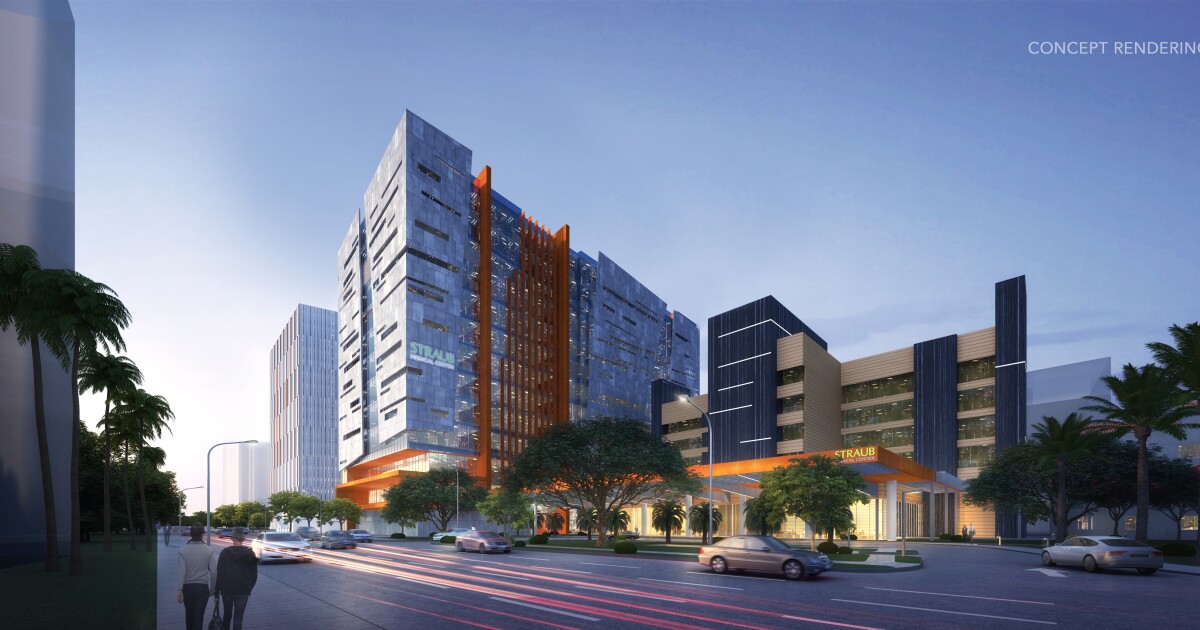 A project to expand the Straub Medical Center in Honolulu is underway — in honor of the hospital’s 100th anniversary.

A groundbreaking ceremony was held Monday for the start of a 15-year, four-phase project that includes expanding the center’s campus from Ward Avenue to Kealamakai Street.

The project will include constructing a new medical building, renovating the current hospital, and expanding the parking garage to 1,650 stalls.

Hawaiʻi Pacific Health President and CEO Ray Vara says the facility will be “designed for the future – with the flexibility to support” patients and care providers.

The campus will be nearly triple the existing size — at 760,000 square feet. When complete, it will fill the block bordered by South King Street, South Hotel Street, Ward Avenue and Kealamakai Street.

The first phase of construction will begin with the parking garage. The second phase is the new medical center building, and the third phase will focus on the outdoor space. Last will be renovations for the existing Straub Medical Center and the Strode Medical Building, the health system said.

The project received approval from the Honolulu City Council earlier this month.