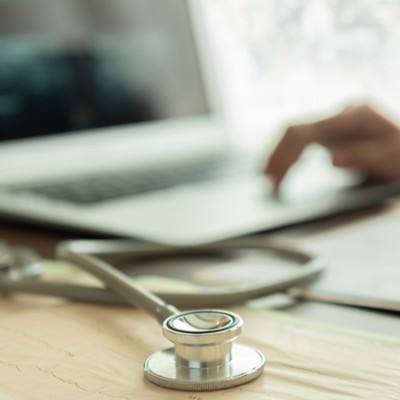 One year after the Veteran Affairs Department launched the first instance of its new electronic health record system at Mann-Grandstaff VA Medical Clinic, two-thirds of employees surveyed said they’re considering leaving their jobs because of the new system.

That was one bullet point in a damning survey of 833 employees at the medical center in Spokane, Washington, conducted by the VA National Center for Organization Development. The survey results, obtained by Nextgov, show staff are not acclimating to the new EHR system despite several pushes from VA leadership to increase training and claims of improved workflows.

VA deployed the first instance of the Cerner Millennium platform at Mann-Grandstaff in October 2020—the first go-live for a program that started in 2018 with the goal of matching the Defense Department’s MHS GENESIS program, which includes Cerner’s commercial EHR platform, as well.

Amid an ongoing pandemic, wildfires and a freak snowstorm and ensuing power outage, VA officials reported a “flawless” cutover to the Cerner system last October. But while the technical transition went smoothly enough, the users have had a harder time of it.

The survey—conducted voluntarily and anonymously in August and September of this year—shows low job satisfaction, high burnout and mounting frustrations, all attributed directly to the new EHR platform.

The numbers are stark.

As a result of the Cerner EHR implementation, my morale has:

As a result of Cerner EHR implementation, my job satisfaction has:

The implementation of Cerner EHR has made me question whether I would like to continue working here:

As a result of the Cerner EHR implementation, my level of burnout has:

As a result of the Cerner EHR implementation, my level of engagement has:

I would imagine that most people (in my specialty) would learn to use the Cerner EHR quickly as it relates to their job tasks:

I feel very confident using the Cerner EHR as it relates to my job tasks:

Despite these survey results, VA officials said Tuesday the agency plans to move forward with the next scheduled deployment in Columbus, Ohio, in early 2022.

During a hearing held by the House Veterans Affairs Subcommittee on Technology Modernization, VA Deputy Secretary Donald Remy noted the February 2022 deployment will be a soft launch rather than a full go-live. But the department plans to move forward nonetheless, he said.

Rep. Cathy McMorris Rodgers, D-Wash., who represents Spokane and was invited to join Tuesday’s hearing, said VA’s plans to continue deployments makes it seem as though agency leadership has decided to move on from Mann-Grandstaff without resolving key issues.

“This has been an extremely difficult time,” McMorris Rodgers noted, citing the ongoing pandemic as likely the biggest stressor for those in the medical field. “In addition to that, they have been putting in extra time to roll out a new electronic health record.”

“The staff are tired, they’re frustrated and, to date, the electronic health record is making their jobs harder, not easier,” she said.

While subcommittee ranking member Matt Rosendale, R-Mont., and others acknowledged that past issues were not Remy’s fault—he was just recently confirmed to the deputy secretary position in July—the problems have persisted for over a year now.

“We’re talking about after a year of extra support, all the extra workarounds, everybody trying to do their best to implement this,” Rosendale said, asking Remy whether he believes this has risen to an emergency situation.

“I think it’s something we absolutely have to tend to immediately,” Remy said, noting he plans to visit Mann-Grandstaff in the coming weeks to see the issues for himself.

“If I had those kinds of problems taking place in my business, I would be there tomorrow morning,” Rosendale told Remy. “We’re talking about major problems. There are flights to Spokane daily.”

Remy said he is taking the survey results to heart and offered a three-point plan going forward.

“First, we’re learning from the implementation mistakes of the past. Second, that the Cerner system works, and I believe we’ve properly positioned it for success,” he said, later noting the commercial platform is used widely around the world. “Third, we’re bringing together all relevant stakeholders to ensure an effective EHRM deployment.”

“I appreciate our employees on the ground at Mann-Grandstaff. I take their concerns very seriously,” Remy said. “We’ve taken steps to work with them to address the concerns that they’re articulating.”

The program has also been plagued by ballooning expenses. While the original contract was pegged around $10 billion, it soon became clear the project would cost at least $16 billion to implement.

However, two separate investigations by the VA inspector general showed the program office neglected to include key infrastructure costs in the estimates, adding up to $5.1 billion to the total price, if not more.

“It seems the veterans administration is trying to basically close off—or ignore—the problems at Mann-Grandstaff,” Rosendale said, echoing the sentiments of McMorris-Rodgers. “That is very problematic. It’s like, ‘We’re trying to ignore all of these problems and we’re going to do it better next time, we promise you. So, just continue to give us this money so we can proceed down the line.’ … I’m not buying into that.”