What the No Surprises Act means for your medical bills – WTOP 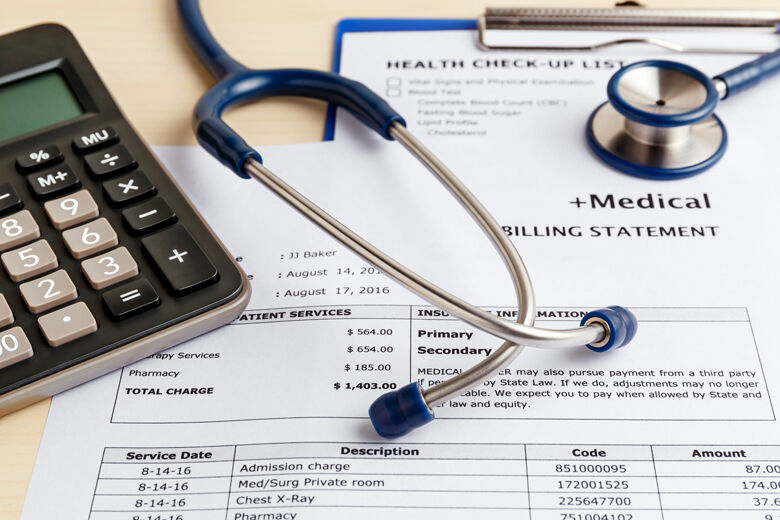 More Americans worry about unexpected medical bills than any other expense, according to polls by the Kaiser Family Foundation in 2018 and 2020.

Unfortunately, those bills aren’t rare: 18% of emergency visits and 16% of in-network hospital stays had at least one out-of-network charge, a 2020 Peterson-KFF Health System Tracker study found.

The No Surprises Act, which bans most surprise medical bills as of Jan. 1, could ease those worries.

“This law puts an end to the practice of charging patients exorbitant bills for unexpected, out-of-network care,” Sen. Patty Murray, chair of the Senate Health, Education, Labor and Pensions Committee, said in an email.

Here are answers to some common questions about the No Surprises Act and what it might mean for your finances.

WHAT IS A SURPRISE MEDICAL BILL?

A surprise medical bill is a bill that you weren’t expecting from an out-of-network provider. They often arise when you didn’t choose the doctor or you didn’t know they weren’t in your network.

“You don’t control where the ambulance takes you for an emergency treatment,” says Patricia Kelmar, health care campaigns director for the United States Public Interest Research Group, or U.S. PIRG, a federation of state-based consumer advocacy organizations. “You don’t control who’s giving you anesthesia or doing your lab work once you’re in a hospital — in your in-network hospital.”

Insurers often require higher copays, coinsurance or deductibles for out-of-network care. The provider can also bill you for what’s left after your insurer pays its portion of the bill, a practice called “balance billing.”

WHAT DOES THE NO SURPRISES ACT DO?

First, your insurance has to cover emergency services as in-network with no prior authorization. Balance billing isn’t allowed for emergency care, even at out-of-network hospitals or emergency departments.

If you go to an in-network hospital or ambulatory surgical center for nonemergency care, balance billing isn’t allowed for any of these ancillary services:

You can’t waive or lose your protection against balance billing for emergency services or ancillary services at in-network facilities. You only ever need to pay your in-network copay, coinsurance, or deductible.

You might want care from a specific provider like an expert in a specialized surgery, even if they’re out-of-network. An out-of-network provider at an in-network facility can only send you a balance bill if all of these are true:

— The provider isn’t on the ancillary services list above.

— They give you a plain-language explanation of your rights.

— You give written consent to give up your protections against balance billing.

If you don’t give consent, they can’t bill you as out-of-network, but they can refuse to treat you.

“I really encourage patients to think very, very carefully before they waive their rights and sign that form,” Kelmar says. “They have every right to ask for an in-network provider. The hospital has to provide them one. … If they want to stay in-network, they should not sign the form.”

Disputes over what you owe

If you’re paying for services yourself, you have the right to a good-faith cost estimate from the provider. If a provider bills you $400 or more above that estimate, you can challenge the bill.

If you’re using insurance, your insurer can tell you what’s covered and estimate your out-of-pocket costs. If your insurer denies a claim because it says certain services aren’t covered, you can dispute that decision.

Kelmar and U.S. PIRG worked with the federal government to set up what she calls a “one-stop shop to go to with any questions and complaints.” You can call 800-985-3059 or visit CMS.gov for disputes or any other issues related to the No Surprises Act.

Arbitration between providers and insurers

The No Surprises Act “provides insurance companies and health care providers a fair process to resolve (out-of-network) bills without additional cost to patients,” said Murray, a Democrat from Washington state.

You don’t need to be involved in negotiations or disputes between providers and your insurer. If they disagree over a payment, they need to either work it out themselves or use a new arbitration process.

While patients aren’t directly involved, “we really do care about how well arbitration works,” Kelmar says. “It was very important to us that there was a reasonable payment made to the provider that wouldn’t increase costs in the long run for our health plans — that we would then see passed on to us in our premiums in the future.”

WHAT’S NOT COVERED BY THE NO SURPRISES ACT?

The No Surprises Act doesn’t ban all surprise and out-of-network bills. Here are two important exceptions:

— Facilities: The act applies to care provided in hospitals, emergency departments and ambulatory surgical centers. Other facilities like clinics and urgent care centers aren’t included but might be added later.

These protections don’t apply to those who are covered by Medicare, Medicaid, TRICARE, Veterans Affairs Health Care or Indian Health Services because they’re already protected against surprise medical bills.

WILL THE NO SURPRISES ACT AFFECT HEALTH CARE COSTS?

“I worked hard to make sure the bill we passed would end surprise bills in a fair way that didn’t raise costs for patients in other ways like higher premiums,” Murray said. The No Surprises Act could achieve that goal, according to the nonpartisan Congressional Budget Office, or CBO.

Most health insurance premiums could fall by 0.5% to 1%, according to CBO estimates, so both patients and the government would pay slightly less to insurers.

NerdWallet: How to pay off your medical bills: 6 options https://bit.ly/nerdwallet-pay-medical-debt

NerdWallet: What is Medicare, and what does it cover? https://bit.ly/nerdwallet-what-is-medicare

Copyright © 2022 The Associated Press. All rights reserved. This material may not be published, broadcast, written or redistributed.