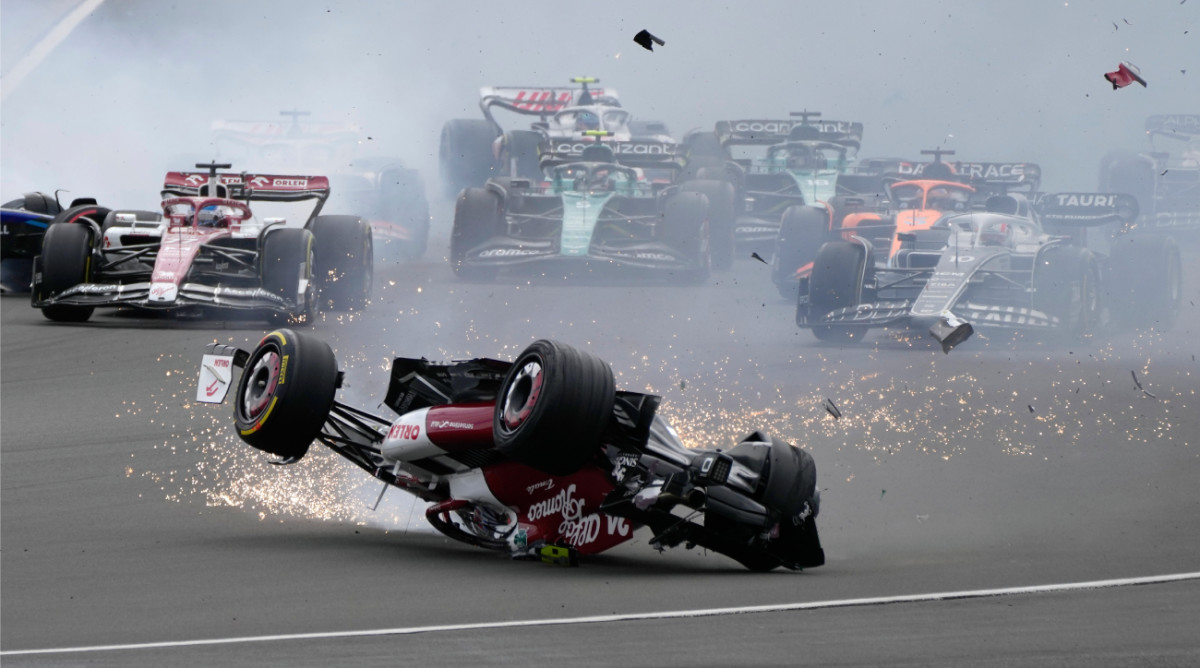 Zhou Guanyu provided an encouraging update on his condition Sunday hours after his frightening crash at the F1 British Grand Prix.

The Alfa Romeo driver was inadvertently hit by George Russell’s Mercedes on the opening lap, causing the vehicle to flip upside down and fly across the track before crashing over the barrier. Thankfully, the 23-year-old later confirmed on Twitter that he avoided serious injury after being evaluated at the medical care center.

“I’m ok, all clear,” Guanyu tweeted. “Halo saved me today. Thanks everyone for your kind messages!”

The FIA confirmed shortly after the crash that Zhou was conscious and set to undergo a medical evaluation. Alfa Romeo later announced the rookie driver was in “pretty good” shape and did not sustain any fractures.

The race was eventually won by 27-year-old Carlos Sainz in dramatic fashion.